The Modern Foreign Languages department operates a seven-year curriculum, leading through to A-level in Year 13. All pupils at the Academy study two Modern Foreign Languages (French, German or Spanish) when they arrive in Year 7, one of which they have themselves chosen. Pupils study two languages in order to widen their range of options beyond that which they will have studied as part of their Key Stage 2 curriculum. In addition to the three languages that make up the core curriculum offer; the department actively supports pupils in securing qualifications in other languages. All pupils, regardless of prior-attainment, study a language at Wymondham High Academy and the department itself never seeks to dis-apply pupils.

Key transition points for the curriculum fall at the following intervals:

The department has taken an evidence and research-based approach to curriculum design and, whilst proprietary resources are used, the core elements of the curriculum, particularly in Years 7 to 9 are produced in-house, to meet the needs of our cohort. In the absence of any conclusive evidence indicating that Target Language teaching brings particular benefits, members of the department are free to use as much, or as little as they wish in the management of their classrooms. The curriculum draws its inspiration from the Edexcel GCSE and AQA A2 examinations but goes beyond it in the inclusion of a range of cultural topics, including music, art, the geography and history of the Target Language countries, key figures in their history etc. throughout the seven years.

The department’s goal is to enthuse our young people for the study of language and the target language cultures. We teach accurate pronunciation and promote fluid, fluent, production of the language. We teach strategies for enlarging the receptive vocabulary of our pupils and techniques for decoding challenging texts.

In years 7 through 9, the kernel of the curriculum is based on the methods used so successfully at the Michaela School and developed by Barry Smith. Pupils learn a ‘core text’ and this forms their core entitlement. A mastery approach is taken to the text, and it is intended that all pupils should be able to understand the text in English and be able to translate the whole of the text from English into the Target Language. In addition to the core text, all pupils have a standard vocabulary test on a fortnightly basis. Introduction of grammar does not follow a phased approach, and so pupils will make use of a variety of past, present and future tenses and moods from the very beginning of Year 7, mirroring the way that they may express themselves in their mother tongue. Lessons from Year 8 onwards begin with a short translation activity that makes use of the core text and standard vocabulary in order to show pupils that the core text is not an aim in and of itself, but a skeleton that can be changed and adapted to meet their own particular needs. Beyond these prescriptions, within the assigned themes, staff are free to extend the curriculum so as to meet the needs of their class.

Years 10 through 13 see a greater use of proprietary resources, but the continuation of practices such as the translation starter activities and standardised vocabulary testing which build on the language taught in Years 7 through 9. Teaching of grammar is more explicit but draws on the contextual understanding of the pupils gained in Years 7 through 9. The teaching of exam technique is a strand that runs through the curriculum at this stage, without overwhelming it. The teaching of target language culture continues in these years, irrespective of examination specifications. 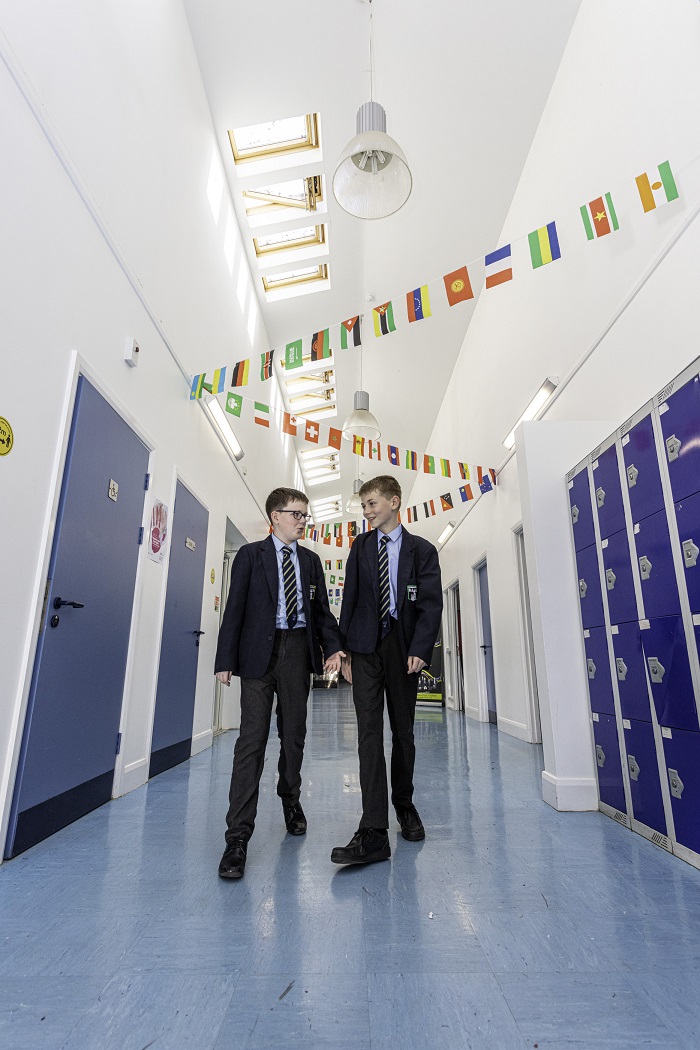